A motorsports manufacturer – which makes engine electronics technology for Formula 1’s sporting greats – is moving into the fast lane with its new purpose-built factory.

Renvale, now based on the A140 near Eye, crowned a momentous year for the business after scooping a top national motorsports award for firms with sales of under £5m.

It recently moved to new purpose-built premises in north Suffolk, after snapping up a five-acre freehold plot in 2016. Two more 12,000sq ft buildings are still under construction for the business, and next door, seven homes will be built – with building work project-managed in-house using local contractors. The £3.8m scheme has been backed by a £180k grant through New Anglia Local Enterprise Partnership (LEP). One of the other buildings will house Horham-based Hybrid Tune, which specialises in engine tuning and is half-owned with another business partner. The other plant will be Renvale’s and will specialise in non-motor sports business such as defence automotive technology. 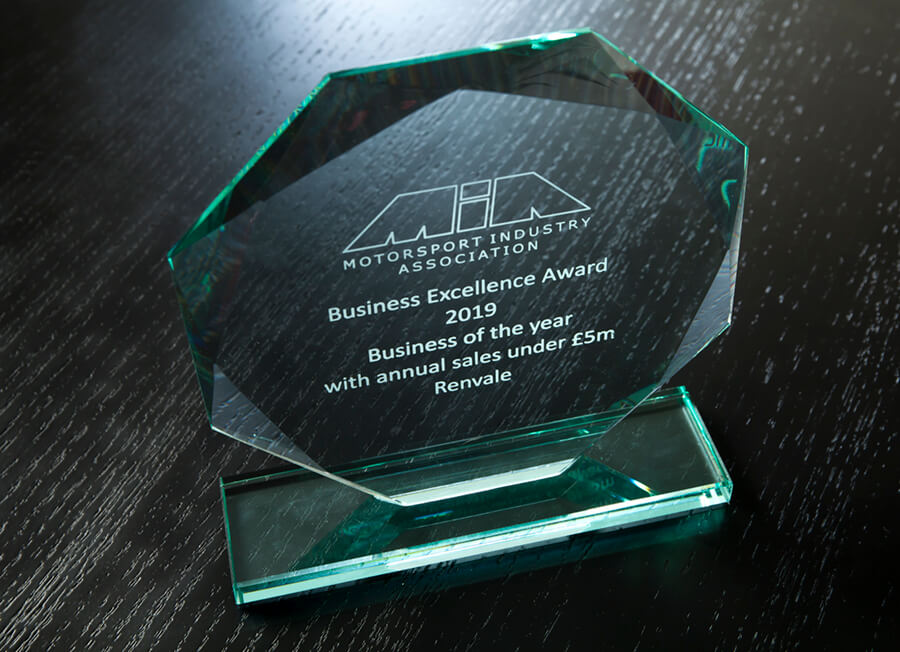 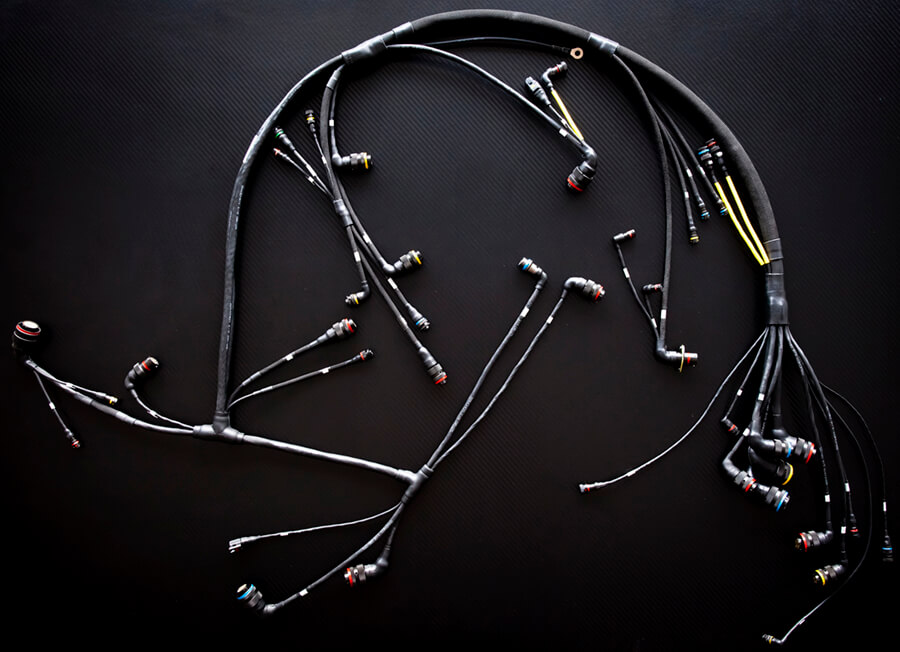 Stephen James, who took over the driving seat at dad Tony’s motorsports electronics firm having grown up in the business, expects turnover at Renvale – which currently stands at around £4.5m – to dramatically increase this year. “It’s brilliant,” he said. “It felt like it was always so far away when we were in the planning side and for how much had to be done – it was just an enormous task. I’m really proud of how we have done it.”

The firm was named business of the year with annual sales under £5m at the prestigious Motorsport Industry Association (MIA) Business Excellence Awards after its whirlwind year. Big names there on the night included the Mercedes Formula 1 (F1) team, Jaguar Landrover and Williams Advanced Engineering. “It’s a great achievement and great recognition for everything that has been done by everyone in the business. We have got a brilliant group of people here and a brilliant atmosphere.”

Renvale’s hi-tech products have been used in cars driven by some of the world’s top racing drivers, including Ayrton Senna, Michael Schumacher, Fernando Alonso, Lewis Hamilton and Nico Rosberg. Its clients now include nine out of the 10 F1 teams, Formulae, MotoGP, Superbikes, WRC, WTCR, WEC, IndyCar and various GT formula.

Since moving to its new 1600m sq state-of-the-art manufacturing facility, its customer base has grown, while the technologies it creates are evolving into a new era of electrification and hybrid systems, which are being integrated into the latest cars.

The factory has dedicated manufacturing bays for high voltage electrification systems, and a highly-trained workforce of around 40.
It has also joined forces with a University, which leads in the field of high-voltage battery technology used in electric and hybrid cars.

The company was launched in 1982 from a spare bedroom at the family home on the Suffolk/Norfolk border when founder Tony James started making the wiring harness for Italian racing driver Elio de Angelis’s car. Elio went on to win the Austrian Grand Prix in his Lotus 91. Tony pioneered the use of military and aerospace technology in the sport, incorporating ground-breaking processes including the use of military-style connectors.

The individualised motorsport wiring harness consists of a complex set of wiring used to connect the electronic systems in the cars. The business – originally called Tony James Component Wiring – was restructured in 2009. Stephen launched it as Renvale, and moved it to Wetheringsett, near Eye, where it became more specialist.

The Renvale systems and technologies have won countless championships and been an integral part of many iconic cars, the company says. Its motorsport wiring harnesses were in the Mclaren MP4/4 driven by Ayrton Senna in 1988 when he won the world title with a winning percentage of 93.8% during the season. It also made the wiring harness for the Mercedes F1 W07 Hybrid which came closest to Senna’s record with a winning percentage 90.5% in 2016. Its wiring systems also helped power the 1994 Benetton B194 to victory and Michael Schumacher to his first F1 World Championship title. It designed, developed and manufactured all the Benetton harnesses from 1986 through to the present day with Enstone-based Renault F1. It also supplied the full harness systems for all Mercedes’ championship-winning cars, including Lewis Hamilton’s current W10. In total, its systems have been used in racing cars which have won more than 15 F1 World Championship titles.

Although the latest move is a big step, Stephen feels it has been worth it.
“It’s a big investment but at points in your company, you get to a certain crossroads where you need a step-change. We are in it for the long haul. We are not a company looking to grow and sell – we are looking to steadily grow.”